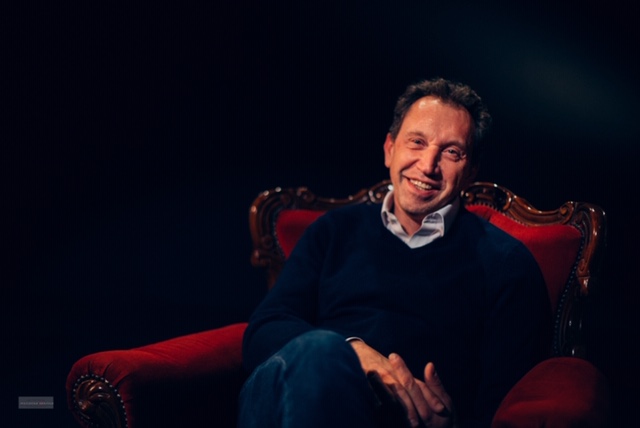 Born as an author under the prestigious blessing of Pierre Delanoë

The Sacem awarded him the Grand Prix in 2009 and honoured him the following year with the title of Definitive Member as well as the Société des Auteurs et Compositeurs Dramatiques [SACD] in France.

Eclectic, Thierry first made a name for himself on French radio during the RFM, NRJ, RMC, RTL and Europe 1writing sketches and parodies for many comedians including Laurent Gerra, Pascal Brunner, Nicolas Canteloup, Didier Gustin, Chantal Gallia and Sandrine Alexi.

Then to French television where he worked for the Michel Drucker, Philippe Bouvard, Patrick Sébastien, Karl Zero, the Punchy Newsboys.