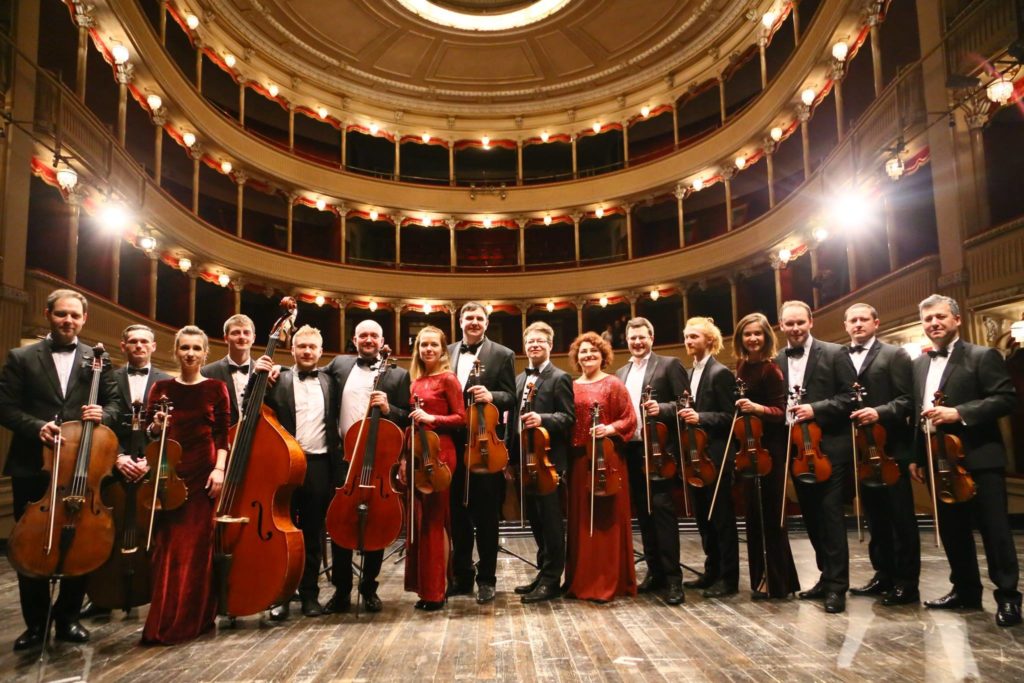 L'National Chamber Ensemble "Kyiv Soloists is the realisation of a long-held dream of the eminent Ukrainian violinist and teacher Bogodar Kotorovych (1941-2009). The orchestra is composed of renowned musicians from all over Ukraine, most of whom are winners of national and international competitions, representing the traditions of the founder. Anatoli Vasylkovskii is the artistic director of the NCE "Kyiv Soloists" since 2017.

The ensemble has gained a reputation for promoting internationally renowned composers. Among others, the Military Requiem from Benjamin Britten, the Double Concerto from George Palmer and the Concerto for marimba d'Erkki-Sven Tüür were performed for the first time in Ukraine by the Soloists of Kiev.

In recognition of the orchestra's activity representing Ukrainian culture abroad, the "Kyiv Soloists" were awarded the title of National Ensemble of Ukraine.

For its outstanding achievements in representing Ukrainian culture in the world, the ensemble was awarded the title of Ambassador of Ukrainian Culture in the World by the Ukrainian Ministry of Foreign Affairs.